How Can CBD Help Your Golf Game? 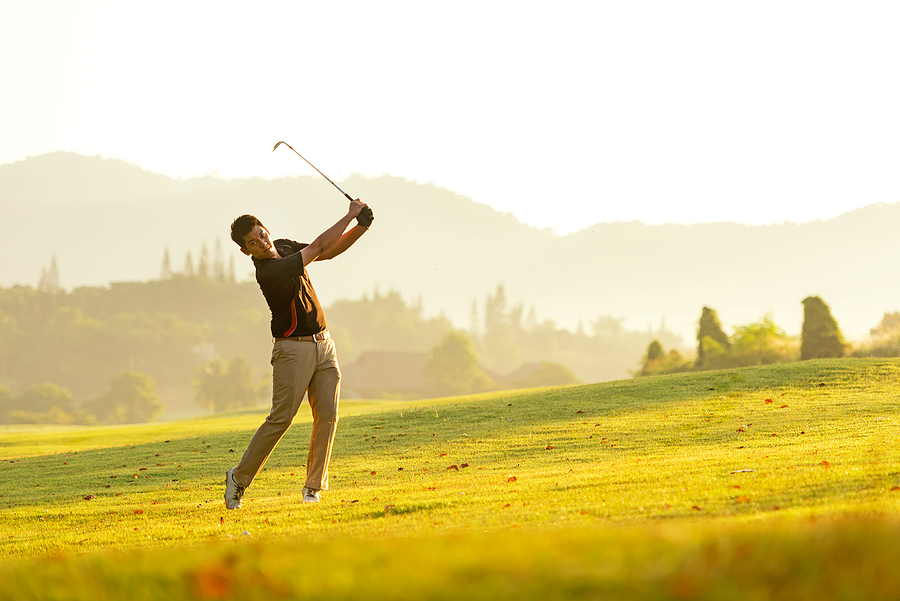 While Olympians and athletes in other sports continue to be suspended for using cannabis, professional golf has become one of the most cannabis-friendly sports played globally. While cannabis is not legal in the UK several professional golfers and even the Professional Golf Association (PGA) have largely embraced CBD.

However, there is still scepticism as the bond between professional golf and CBD strengthens. As the Ryder Cup wraps up at the Whistling Straits course in Wisconsin in the US, with the European team suffering their third loss in 10 years, we have a closer look at the link between golf and CBD.

US CBD company cbdMD, Inc. has enlisted several athletes as global spokespersons, including two-time Masters winner Bubba Watson, who teamed up with the company in 2019, while 2009 tour Rookie of the Year, Marc Leishman has partnered with Cativa CBD.

However, these deals went ahead despite the PGA telling Marijuana Moment magazine in April 2019 that it had warned players about CBD use.

Kadenwood CEO and co-founder, Erick Dickens, said that Fowler is one of several athlete partnerships “that illustrate the brand’s commitment to integrating CBD into the mainstream sports world.”

Some athletes have taken their involvement with CBD even further, with ten-year LPGA pro-golfer Amelia Lewis becoming an investor and vice president of CBD brand Zeal Pure, which is operated by Lewis’ mother.

Others include Darren Clarke, 2011 Open Championship winner, who launched his Darren Clarke CBD brand in July 2021.

Despite previous warnings over the use of CBD, the PGA tour has also got involved, with PlusCBD Oil being announced that the sensor of the January 2020 Farmers Insurance Open, and the PGA has also agreed to a three-year partnership, sponsorship and education deal with European CBD brand Cannaray in 2020.

So why is the professional golf industry turning to CBD?

Golfers have been using CBD to treat mental and physical pains just like any other CBD consumer might.

According to Alan Rowan, the head of sports at Euromonitor International, the profile of the average golfer is an athlete who is likely to continue playing well into their retirement years, which significantly differentiates it from other sports. He said that the purported benefits of CBD can help address the long-term symptoms experienced by golfers as they age.

He added that CBD acceptance plays into the sport’s recent initiative to grow the game. “From a marketing standpoint, this revolves around how to become more progressive,” he stated.

He added that the connection between the sport and CBD needs to grow in order to meet the sponsorship levels made by finance and insurance sponsorships, which Euromonitor reports are above 10 per cent of deals across global tours, while consumer health accounted for just one per cent.

Despite the growing acceptance among many in the sport and global governing bodies, like the World Anti-Doping Agency (WADA), some remain uncertain.

Will Shaw, a PGA professional, and holder of a PhD in biomedical science and founder of Golf Insider UK’s performance centre said that golf “becomes a game of if they can control their arousal, anxiety and thought process to execute when it counts,” adding that CBD is marketed as a product capable of facilitating those outcomes.

However, he said he remains ‘highly cautious’ over a lack of clinical scientific studies, and would like to see more short- and long-term effects of CBD on golfers.

Shaw reports that UK golf bodies are pushing for CBD use. “I personally receive one to two emails a week for CBD placements on my own website,” he said.

He added that he could not recall any anecdotal evidence of top-tier pro-golfers using CBD, despite marketing some CD products.

“I could be wrong, but I feel the sponsorship deals with more elite players are there to try to sell this to the mass market of everyday players, rather than this being for elite players,” he said.

However, there is some anecdotal evidence from pro-golfers, with Billy Horschel, the winner of the World Golf Championships-Dell Technologies Match Play event telling the New York Times in 2020 that he was convinced that CBD helped him break a six-month streak without a top-eight finish.

He claimed that after using CBD, he finished in the top eight four times over four months.

If you’re looking for a CBD muscle balm to help with recovery from sport and exercise, then visit our online store today.