Quarter Of Students Distressed During Pandemic 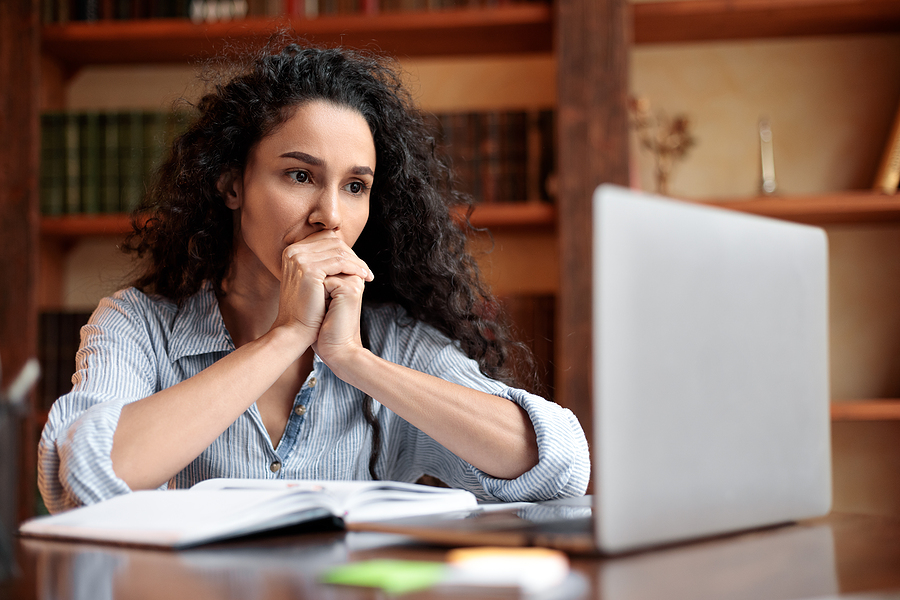 The pandemic has had a far-reaching impact on lots of people, from those who have lost their jobs to those who have lost loved ones. One group whose mental health seems to have been particularly affected by coronavirus is university students, with a quarter claiming they experienced distress during lockdown.

University students suffered the most

According to a study conducted by The Conversation, 23 per cent of university and vocational education students reported feeling high levels of distress throughout the pandemic. This is higher than the proportion who claimed to have felt this way beforehand (19 per cent).

It also found that while the percentage of the general population who struggled with mental health problems during the pandemic also increased, the proportion was still ten percentage points lower than that of students.

The publication noted the main reasons for this anxiety were worrying about the health implications of catching Covid-19; being unable to work; having to undertake their university course online; being isolated from family and friends; and becoming seriously ill themselves.

According to the data, women, international students, younger pupils and those with a history of a mental disorder or receiving treatment for mental health problems experienced the highest levels of distress.

These findings are supported by a report in The Lancet called Global Prevalence and Burden of Depressive and Anxiety Disorders in 204 Countries and Territories in 2020 Due To The Covid-19 Pandemic.

It stated: “The emergence of the Covid-19 pandemic has created an environment where many determinants of poor mental health are exacerbated.”

Researchers estimated there were an extra 53.2 million cases of major depressive disorder around the globe during 2020, as a result of the pandemic. Additionally, there were 76.2 million more cases of anxiety disorder.

What action should be taken?

The report, which received funding from Queensland Health, National Health and Medical Research Council, and the Bill and Melinda Gates Foundation, determined that the pandemic highlighted the alarming problem of mental health difficulties around the world.

It has “created an increased urgency to strengthen mental health systems in most countries”, it stated, suggesting governments should consider new strategies to promote emotional wellbeing and implement interventions early enough to have the most effect.

“Taking no action to address the burden of major depressive disorder and anxiety disorders should not be an option,” the report concluded.

What can sufferers do?

While governments should take more of an active role in both preventing, and treating, mental health disorders, there are also plenty of things sufferers can do to help themselves.

According to The Conversation, these include keeping a journal to relieve anxiety symptoms; focussing on the present moment through Mindfulness techniques to avoid letting worries spiral; and engaging in enjoyable activities.

It also suggested creating relations with other people, as this has been shown to improve positive emotions and decrease paranoia and anxiety. For instance, having a sense of humour and laughing at jokes causes symptoms of anxiety to lessen.

Actively trying to be grateful, have self-compassion, becoming more aware of emotions, adopting a level of acceptance during difficult times and the need to ride through them, as well as taking probiotics were also advised.

Taking part in exercise was highly recommended as this “relieves symptoms of depression and anxiety and can also improve positive emotions”.

Even doing short bursts of exercise can have an impact, with Healthline reporting a 2014 study that showed just ten minutes of brisk walking improved mood.

The research, entitled Experimental Effects Of Brief, Single Bouts of Walking and Meditation On Mood Profile In Young Adults, showed: “A single bout of brisk walking or meditation may offer suitable strategies to improve mood state among young adults.”

What’s more, adherence to short workouts is more likely to be higher, encouraging a greater number of people to stick to an exercise regime and boost their emotional wellbeing.

How can CBD help?

Another preventative measure people may consider is using CBD oils or taking chewable CBD tablets. This is because they are well-known for alleviating stresses and helping people avoid burnout or feelings of hopelessness.

A clinical trial, which was recently published in JAMA Network Open, showed CBD therapy had lessened stress among frontline nurses and doctors.

The study concluded: “CBD therapy reduced symptoms of burnout and emotional exhaustion among healthcare professionals working with patients during the Covid-19 pandemic.”

It can help those struggling with their mental health by calming the nervous system so they can achieve a better night’s sleep; act on serotonin receptors in the brain to improve mood; and boost productivity and focus by reducing surrounding distractions.