Why Do People Use CBD To Ease Symptoms Of Anxiety? 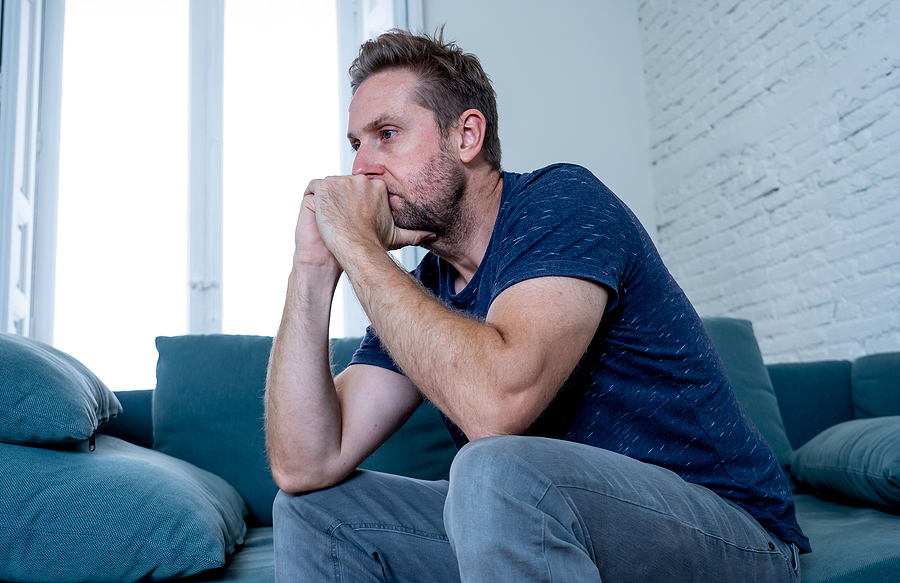 Anxiety affects almost everyone from time to time. Whether it is a racing mind and a sleepless night before starting a new job, or sweaty palms and a churning stomach before a public speaking event, most of us feel nervous now and again. However, for some people, the problem snowballs out of their control, and starts to affect everyday life.

During the last 18 months, rates of mental wellbeing have deteriorated sharply. The latest figures released by the Office for National Statistics (ONS) show that the personal wellbeing of UK citizens declined across all areas in the year ending March 2021. People who reported feeling ‘often or always’ lonely were five times more likely to report high levels of anxiety.

The rise in the number of people reporting an increase in anxiety is understandable, considering the disruption and isolation most of us have experienced recently. Whether it is the need to work from home, worries about redundancy or finding new work, loneliness, illness, or extra caring responsibilities, the pandemic has affected us all in some way.

Furthermore, the Daily Mail reports that a worldwide study led by researchers at the University of Queensland found that cases of anxiety and depression have increased by 25% during the pandemic. The results, which were published in The Lancet, showed that women and young people under the age of 25 were most badly affected.

How is anxiety treated?

The Mail article points out that mental health care, even before the pandemic, has been under-resourced. Many people who see their GP about anxiety or depression are told to adjust their lifestyle, offered medication (which has a variable success rate), or put on a waiting list for cognitive behavioural therapy, which is often months long.

It is no surprise then, that people often self-medicate in an attempt to tackle anxiety. For some people, anxiety, depression and panic attacks can become so bad that they interfere with normal parts of daily life, such as shopping and socialising, and can negatively impact on careers and relationships.

Although it may be understandable why some people turn to alcohol and illegal drugs to manage their anxiety, the escape they offer is temporary, and the after effects usually end up exacerbating the problem. Many people also end up with an addiction or dependency which is very hard to break away from.

How do CBD products fit in?

There are some natural remedies for anxiety which are showing promise as an alternative treatment for those who don’t respond to clinical antidepressants or other forms of therapy. A growing number of people are reporting the positive effect of cannabidiol (CBD) on their levels of anxiety.

People sometimes assume that CBD is the same substance used by illegal dope smokers, but this is not the case. CBD is an extract of the cannabis plant, but it is completely non-psychoactive, and won’t make users high, or have any of the negative side effects of using the intoxicating product, such as paranoia and psychosis.

The active chemical which causes the euphoric high in illegal cannabis use is called tetrahydrocannabinol (THC). For it to be considered effective, cannabis must contain over 0.3 percent THC. Cannabis with less than 0.3 percent THC is known as hemp, and this is the plant that CBD oil is extracted from, making it completely legal and safe to use.

CBD works on the human body by interacting with receptors in the central nervous system and the peripheral nervous system. These are known as CB1 and CB2 receptors. Although it is still an area of ongoing scientific research, it is thought that CBD alters the levels of serotonin in the body.

Research by the US National Institute on Drug Abuse founds that CBD oil had a positive therapeutic effect in animal-based studies. More research is currently needed to have conclusive scientific evidence for the effect on humans, although several studies have produced promising results, according to Healthline.

When it comes to tackling anxiety, there is no one-size-fits-all answer. Many people dislike the idea of taking antidepressants, and prefer to try complementary therapies. If you are curious about trying CBD oil to treat anxiety, there are plenty of simple ways to take it, in the form of capsules, drops, sprays, or tablets.